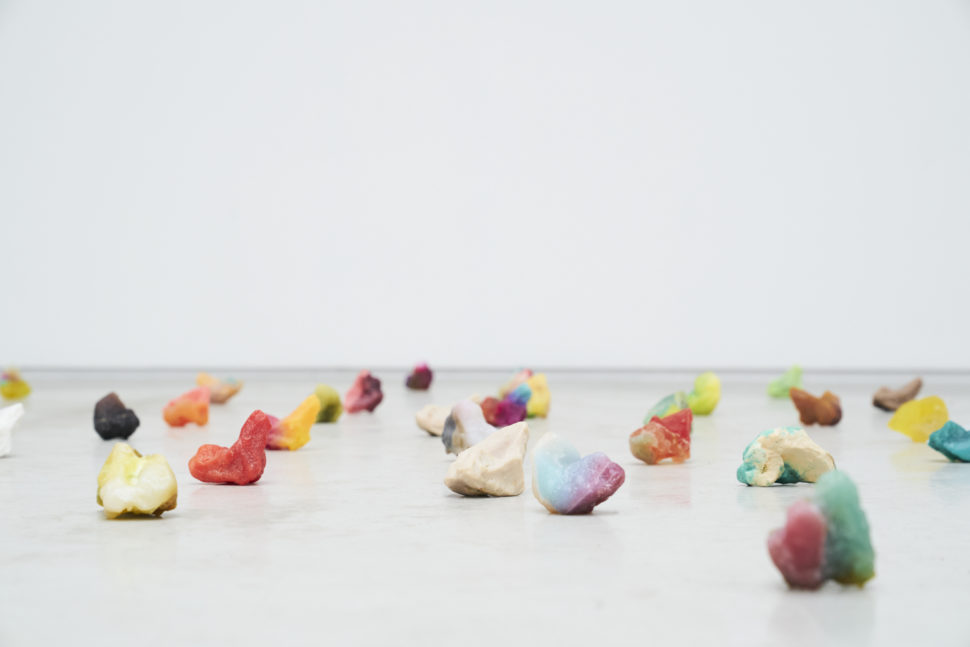 Lola Daels (°1990) is a Brussels based artist who mostly creates sculptures and installations. Her practice derives from long processes of research and experimenting. Wandering and exploring, Lola continuously finds and collects objects and textures, which she reshapes and integrates into new contexts. Doing so, she poses analytical and critical inquiries about ecological, environmental and socio-political issues from its surrounding reality. Currently, she is basing her research on the “Rocaille” technique. A method which goes back as far as Greco-Roman antiquity, to recreate natural phenomena. The invention of Portland cement (1826) meant a major evolution for this technique. This product is easy to supply, can be sculpted as it dries and once cured it’s as hard as stone. From then on natural elements were imitated in cement, a product of the industrial revolution, an intriguing paradox.

For her residency at Fondation CAB, Lola is digging into this paradox. Today, Rocaille is perceived as craftsmanship, when in fact it used to be high-tech. By apprenticing with one of the only remaining rocailleurs in Belgium, she’s learning the technique in the studio of Françoise Lombaers in Jodoigne. Besides studying Rocaille, Lola grasps the opportunity to develop other (imitation) techniques such as Scagiola and Granito, with the know-how of the craftsman in question. All these techniques are linked by the vocation to imitate natural materials.

At Fondation CAB, she will focus on developing and designing tableaux made according to classic italian techniques as Scagliola and Granito. Consequently, she questions the notion of authenticity and its relationship to the universalizing world. By linking this to the impending climate crisis she attempts to address the absurdity of the prevailing mechanisms of our society and to explore their impact on the individual.