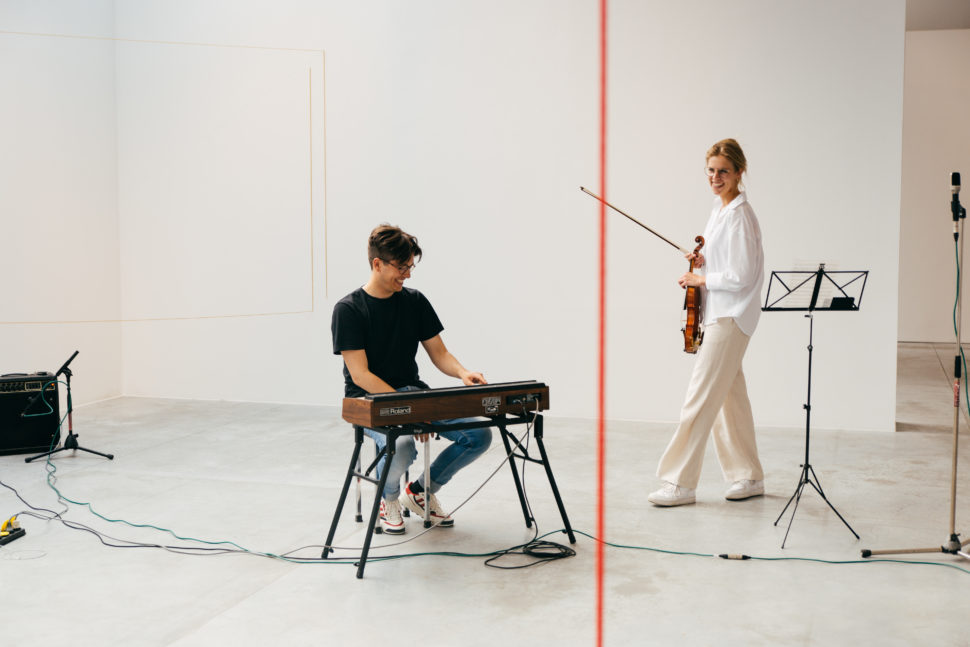 To close his residency, Sander De Keere will open the doors of his studio in Brussels on Saturday January 21st at 3pm with a performance in the exhibition ON THE LOOKOUT.

“I know how my music starts, but not how it ends. It all depends on the spatial conditions. Every performance is different. That’s what makes it interesting.”

In January 2022, Sander released his debut album Primitive Structures on W.E.R.F. records, with new perspectives on the boundary between conceptual and repetitive patterns. His musical practice balances between composition and performance, repetitive and still, conceptual and narrative music.

Inspired by the exhibition space and the collection, Sander will explore the dialogue between musical compositions as conceptual works and concrete musical pieces.

“I find it fascinating to look for repetition with subtle variation. For example, how long can you proclaim the same phrase without it becoming monotonous? There is a surprising amount of music in the human voice. Good speech is rhythmic and melodic. You can say the same sentence a hundred different ways. I’m exploring the musicality in the sentence.”

For his open studio concert on Saturday, January 21, 2023, as part of the exhibition ON THE LOOKOUT, Sander will invite some musicians, including saxophonist Maarten Vergauwen