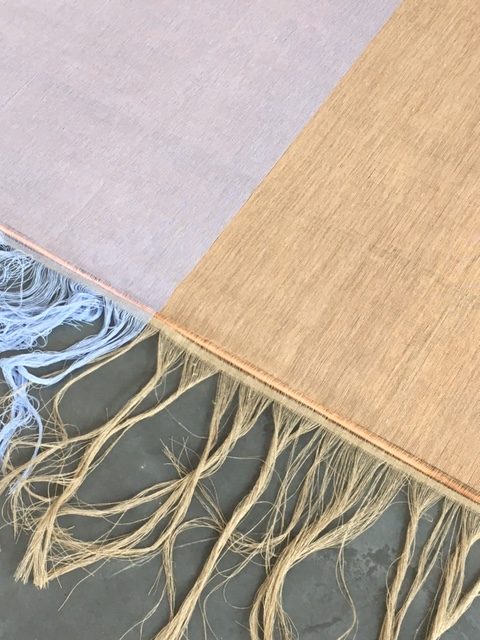 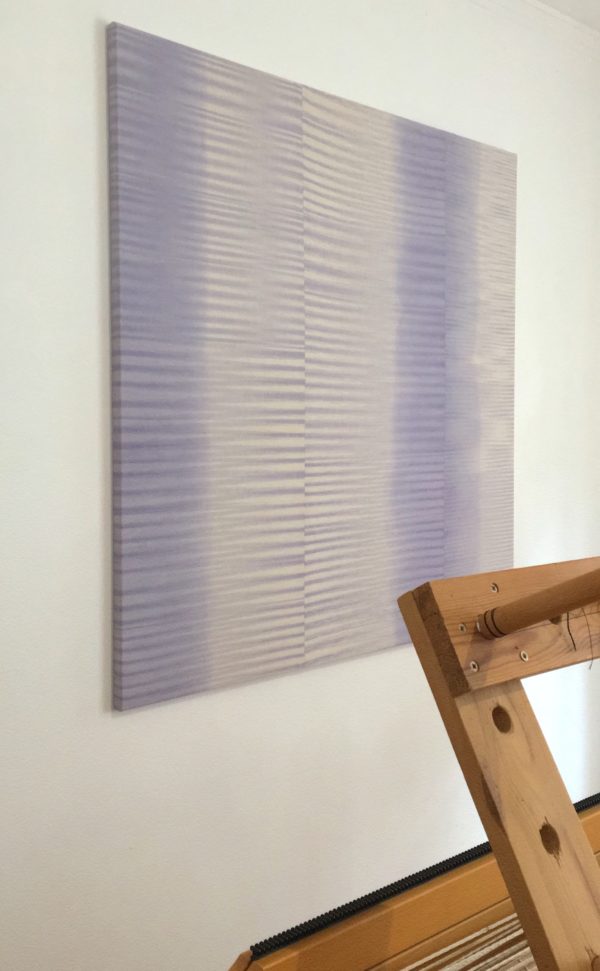 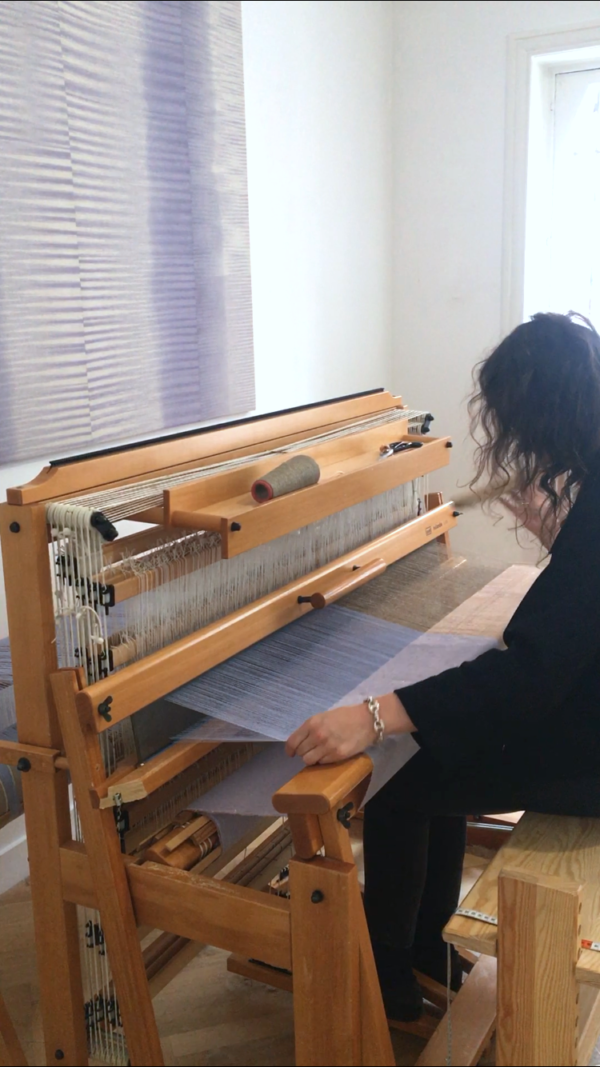 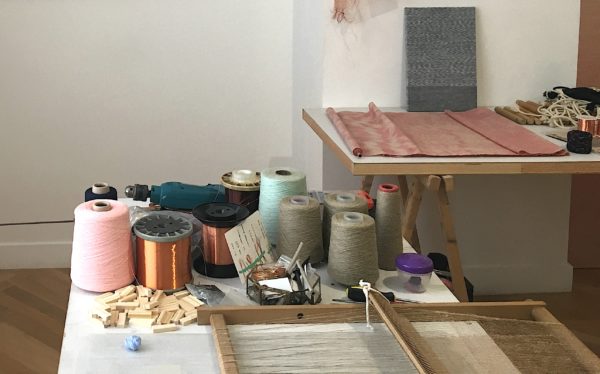 Fondation CAB is pleased to introduce Céline Vahsen (b. 1987, Malmedy, Belgium) as our 14th artist-in-residence.

Her artistic research is intertwined with exploring the scope, possibilities and limits of the materials through which she works. Processing these materials manually, informs the coming-into-being of her works: both in outlook as well as in duration.
The act of weaving occurs over long stretches of time, and her deconstruction of each step in the process – selecting the yarns, producing the dyes with natural materials, and weaving with traditional, artisan techniques and instruments – counts as a poignant reminder of a time it sometimes takes to arrive somewhere.
Seen up close, the resulting images reveal subtle rhythms, patterns anchored in the fundamental structure of the fabric itself. The materials have a shared agency with the artist over their final destination.
As she doesn’t decide on the final motif in advance, and rather allows for randomness in the emergence of rhythms to appear, she challenges her fascination with the tension at play between chance and order. This methodology unearths the mathematical systems that are at the origin of society’s technical progress, partially engendered by looms.
The threads themselves are approached arbitrarily, morphing and manifesting themselves into
complex structures and unpredictable motifs.
Blurry, nearly vibrating visual monochrome impressions appear as the artist interacts with visual
perception. Usually, the resulting images hover between samples of traditional artistry; minimalist grids; and contemporary glitches.
She presents them frontally, the moiré effects stretched on a frame like a screen.
They incorporate the notion of linear progressively, a stacking of gestures, undulating in constant movement over time – causal, intuitive and per chance.
The final compositions visualize temporality, as well as a hybrid amalgam of cultural references.
Her technical research includes various references and traditions from geographically dispersed
cultures, as well as customs from various periods throughout history of weaving.
Empirical experimentation brings them together in a personal modus operandi, hijacking traditional results while paying tribute to them.
Natural materials such as silk, wool, linen and exponentially also untreated copper threads, are all left to mingle, and are subsequently left to interact with natural phenomena such as oxidization and colour fading.
This centrifugal presence with no center point nor a singular direction, captures the gaze, and
hypnotizes through a symbiotic fusion of texture, tone, time, light and the environment.