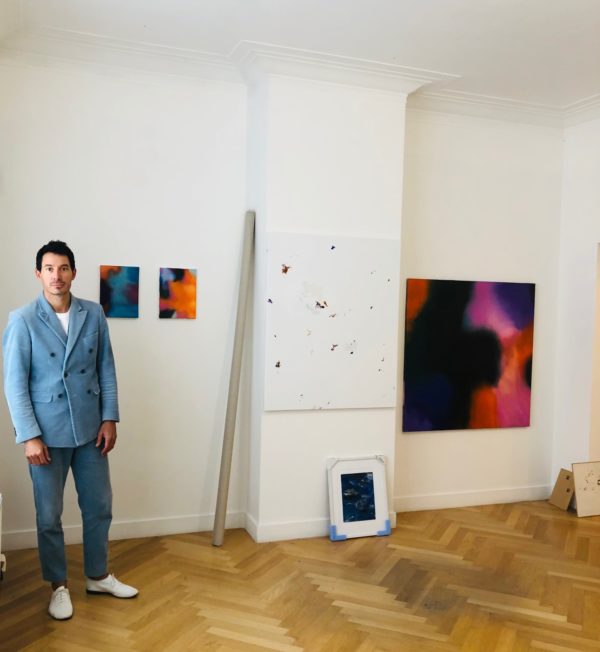 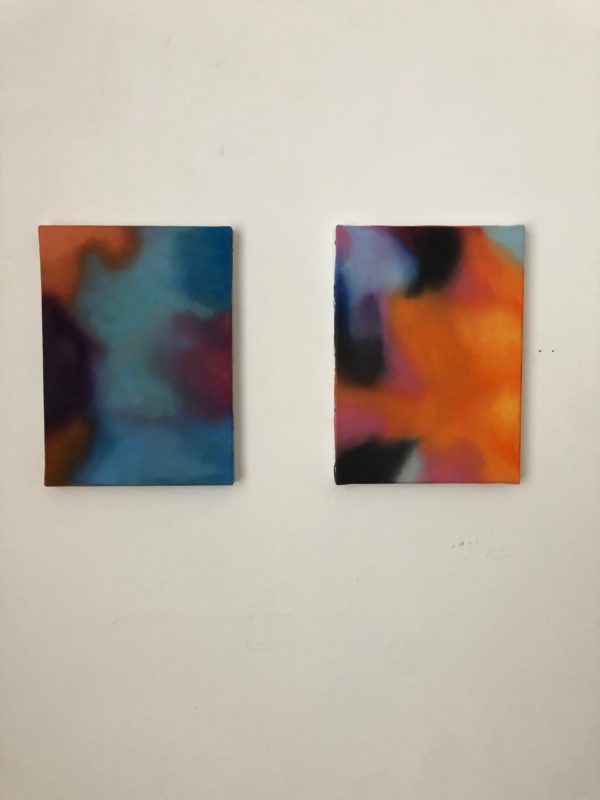 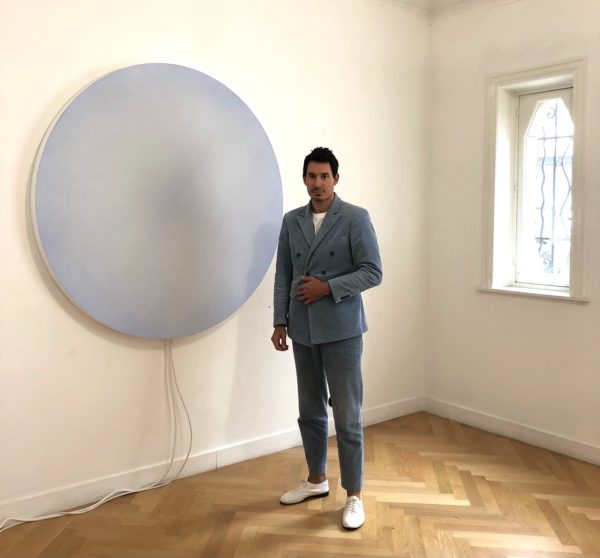 In the context of the exhibition On The Lookout, Foundation CAB Brussels is pleased to present our 20th artist-in-residence, Dimitri Mallet (b. 1983, Avignon, France) lives and works in Paris. He explores the modes of perception, in an attempt to reveal the almost perceptible and invisible.

In the manner of a translator who operates a conversion to a poetic dimension, he creates artworks resulting from the study of physical phenomena and interdisciplinary concepts. His work on language often refers to art history, with a peculiar penchant for paradoxes. Even if he starts from a cognitive approach and a protocol process, he also welcomes the unexpected and subjectivity. The romantic vision of the experience initiated by the artist characterizes his works. His paintings and installations, often activated by feelings, stimulate our inner perception. This required time for contemplation allows us to deepen our own visions.

From Paysages, a series painted or filmed, his canvas transcribes the luminous patches that can be observed with closed eyelids. These fleeting visions or phenomena of phosphene are unquenchable. Light signals enter the eyes before visual perception occurs in the brain, which translates these information into pure sensations: bursts of sensitive, moving and vibrating colors. This generic image, from a detail of another work (filmed and transformed into a photograph), shows a process that allows the artist to obtain such color combinations and a cinematic atmosphere. It is dynamic in its essence as the movement it represents. The difficulty of focusing, generated by the blur, captures and holds the visitors’ gaze, inviting them to a slow observation.