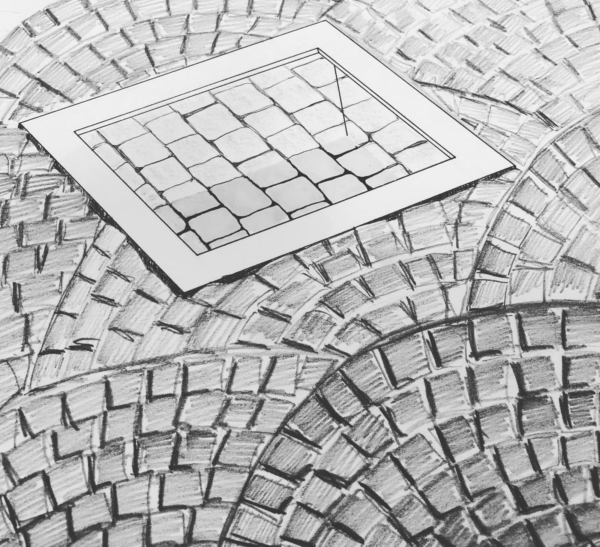 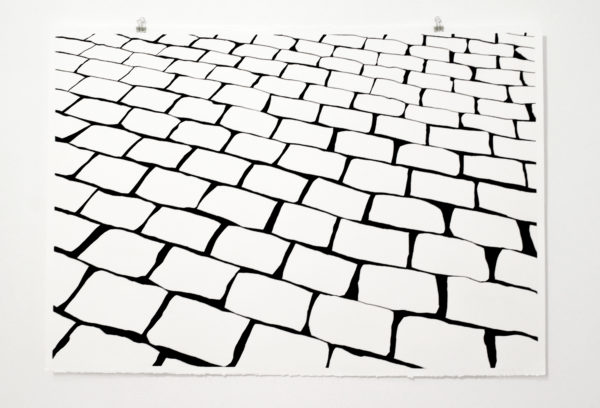 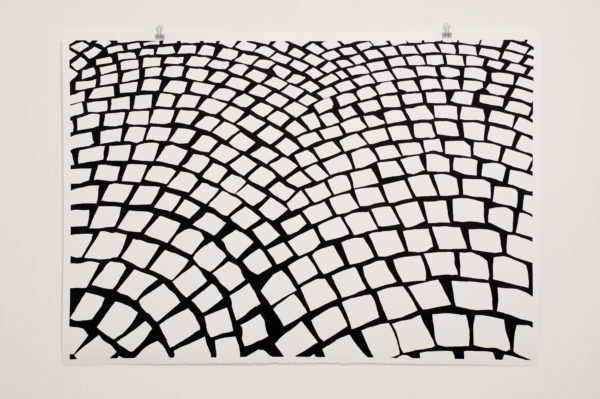 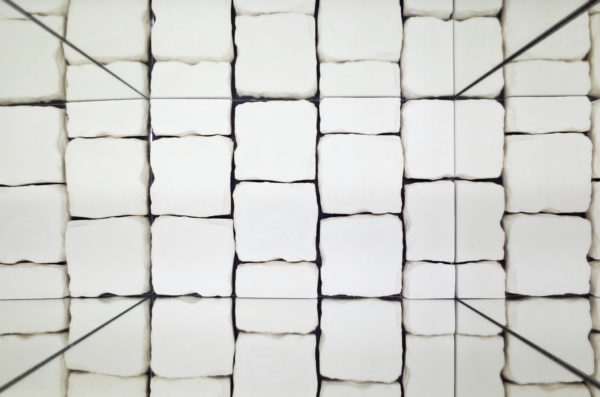 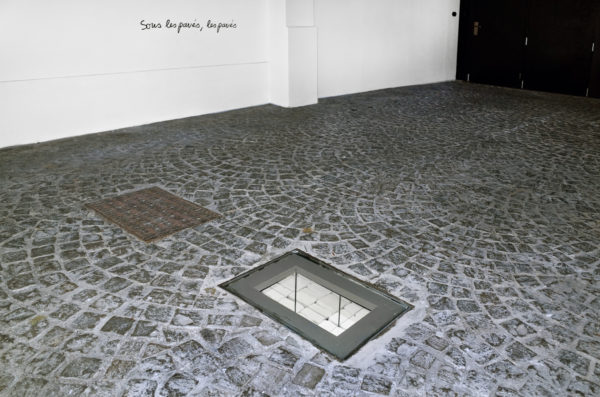 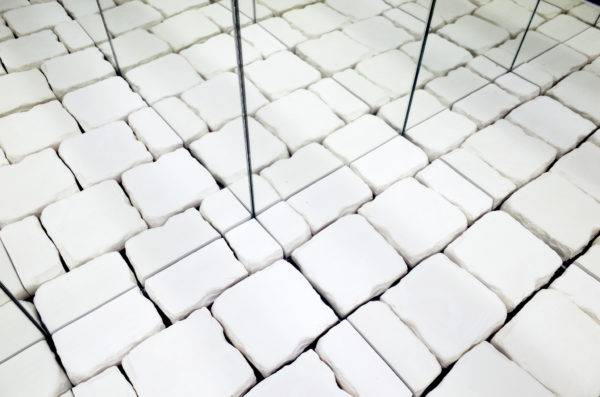 Fifty years ago, during the May 68 insurection, a slogan appeared on the parisian walls: “Under the cobblestones, the beach”. This graffiti illustrated the action of removing the paving stones from their sand-bed to elevate barricades or be thrown at the police. It also evoked a poetic nostalgia for a distant ideal. This cry is a myth, a slogan invented by an advertiser to sell the revolution.

“Paris is only Paris when digging up its cobblestone” wrote Louis Aragon in 1942. Forty years later, Julien Gracq understands the myth is over: “There was the myth of Paris, a myth that survived through the years but has recently broke apart. The myth was born in 1789, but especially during the events of 1830… under the form of political bellicosity, the cliché “Paris-is-the-light-of-revolutions”, the myth of the cobblestone, the burning hot cobblestones of Paris, always ready to rise as barricades, the explosive symbol of the city’s dynamic. Paris Commune made it last longer under the Third Republic and finally as a late parody: the barricades of 1968.”

Gil Wolman, artist and inventor of the “détournement” technique, wrote in 1979 : «We were against the power of the words against the power ». To replace “the beach” by “the cobblestones” introduce both a tragic and comedic effect.

The romantic ideal of revolution is bound to fail. Art that aspire to change the world is bound to fail. Under the road lays another road, even harder to reach. This imaginary track extend to infinity and welcomes both an aesthetic and an intellectual contemplation.

Roads are a paradoxical vector of civilization. While they allow for faster communication between people and goods they also restrict this freedom of displacement to the locations they link. They allowed the Roman Empire to take hold and prosper by increasing the speed of their trade routes and projecting their armies throughout Europe. However they also enabled the great Barbarian Invasions that put an end to the Empire.

By definition, roads are never considered for themselves but rather for the destination they allow you to reach. A road never ends, it always connects with another road in another smaller or larger network. The network of all the roads, from paths to highways, is infinite and connects us all.

Today, whether they are virtual and used to trade information in our post-modern societies, or very real and exponentially used by migrants escaping war zones, I believe roads are the ultimate symbol of our times. I want to represent the road as an object in itself, taking away both the destination and the origin.

Alexis Dahan is a French artist and writer, and lives in New York since 2005. He completed his master’s degree in Literature and Philosophy in Paris and studied Journalism at New York University in 2007. Dahan had his first solo exhibition at Half Gallery in 2012. In 2013, Dahan’s public installation We serve selected texts was invited by the Dia Art Foundation’s to be placed in front of its headquarters in Chelsea. Since then, Dahan has had eight solo shows in the United States and Europe, including a commission by the Art Production Fund and an intervention with the Fire Department of New York. In November 2017, he was awarded the Mass MOCA residency then came back to be artist in residence at the International Studio and Curatorial Program (I.S.C.P.)