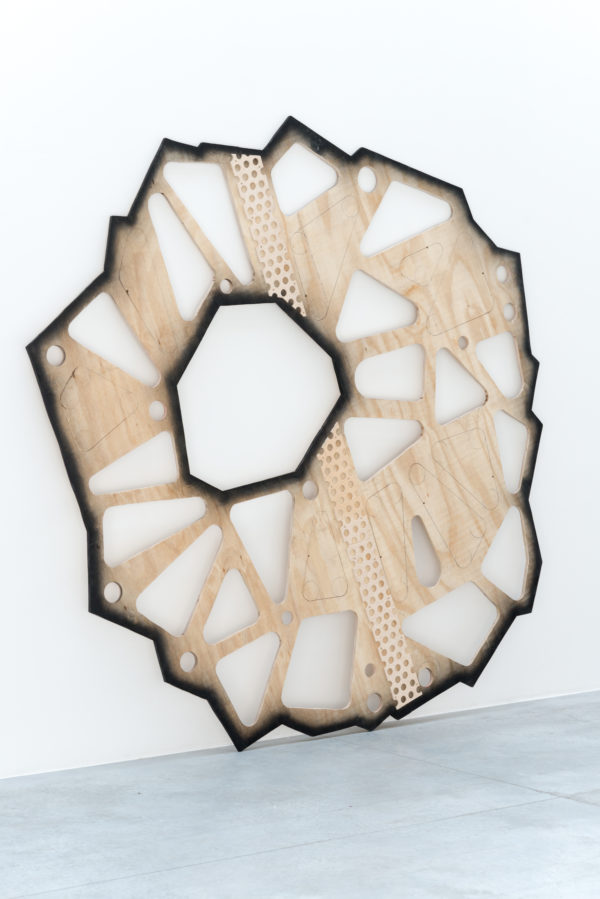 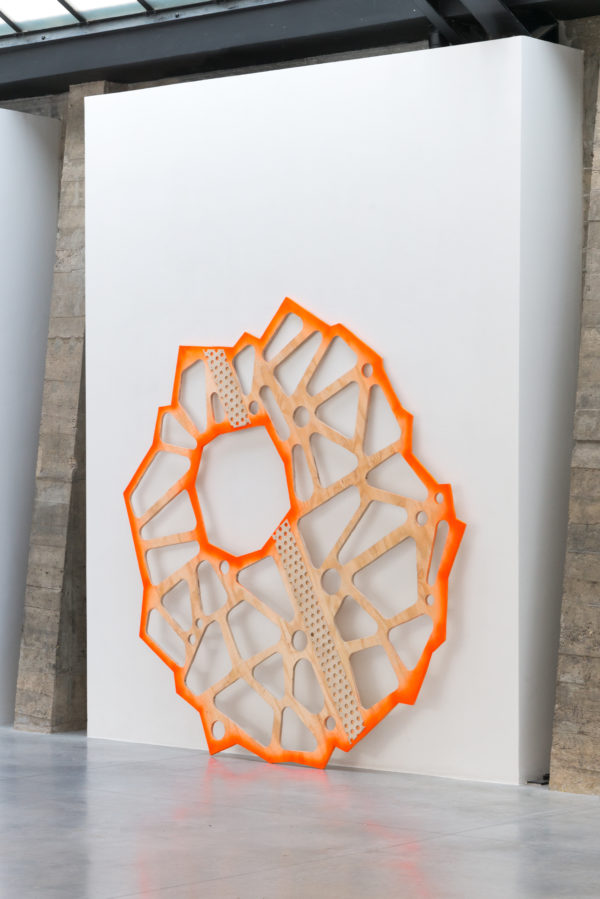 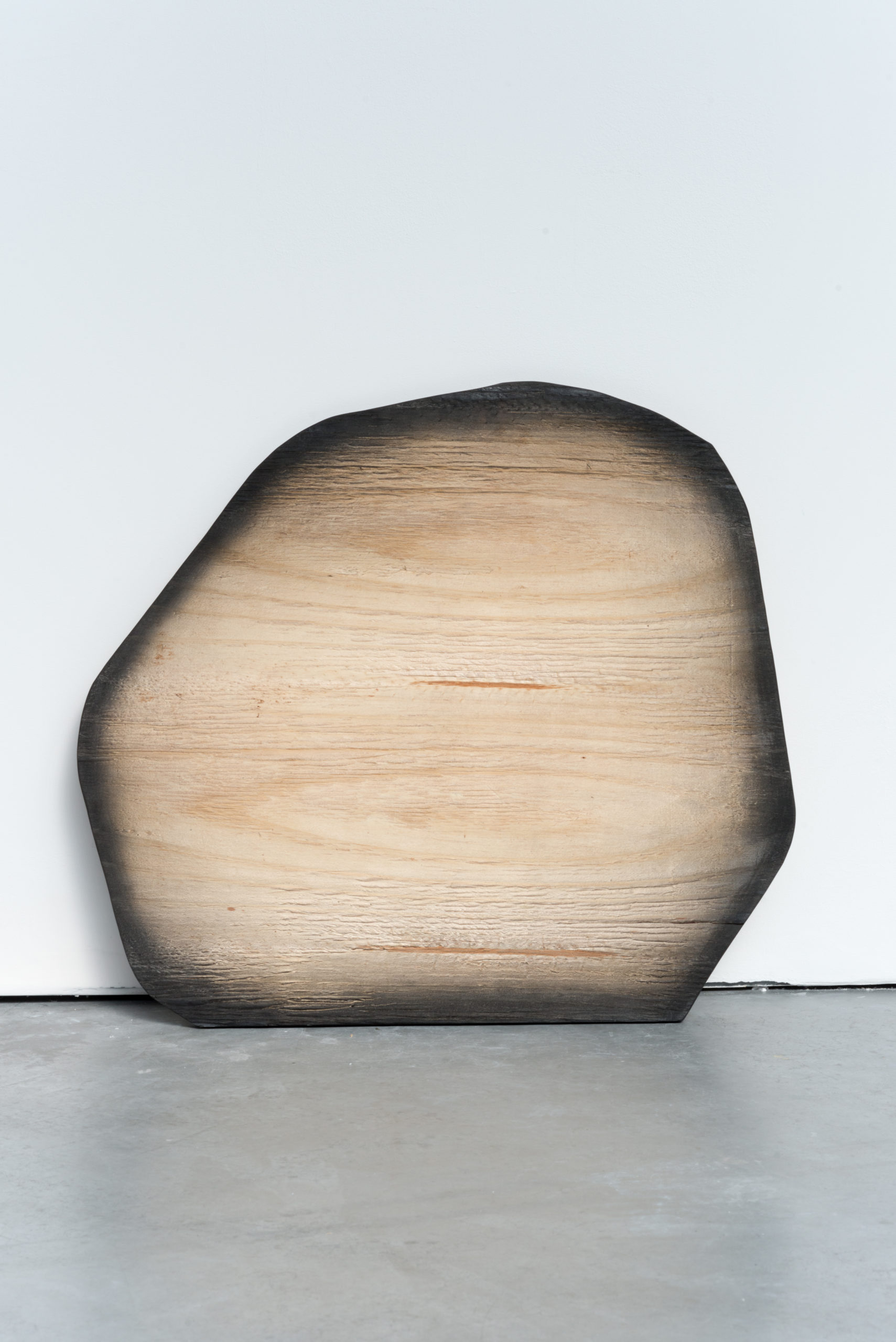 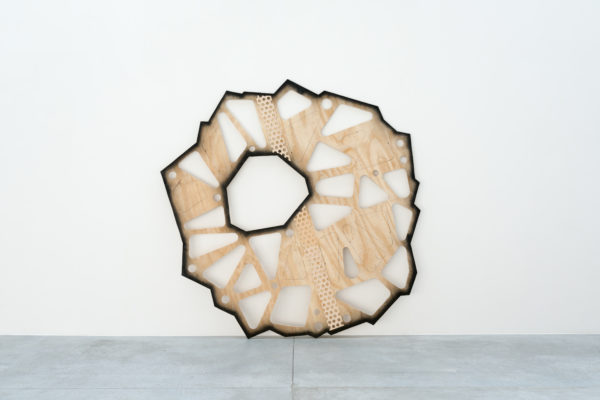 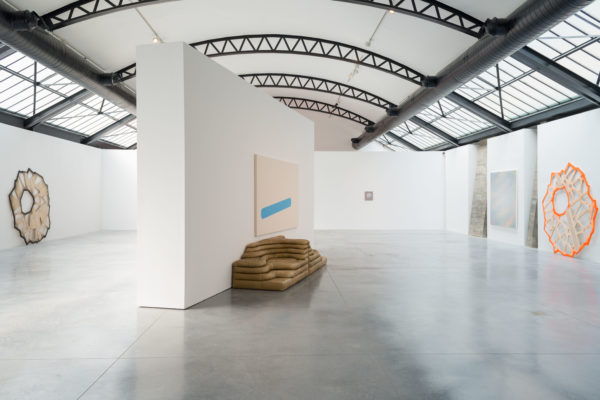 Fondation CAB is excited to welcome John Tremblay (b. 1966, Boston) as our fifth artist-in-residence. John is invited within the framework of Alentour, a project by John Armleder, on show at Fondation CAB from 24.04 till 22.06

John Tremblay draws influence from Op Art and other forms of Geometric Abstraction and Minimalism, as well as contemporary culture and design. Throughout his career, he has refined a signature style which is characterised by dynamic, multicoloured canvasses which feature outlined shapes, three-dimensional elements and metallic surfaces.

During his residency at Fondation CAB, John Tremblay has produced several works to be part of Alentour. His typical squircle forms (square x circle) are a fresh derivation from the straight lines, hard angles and rectangles that generally adorn Geometric Abstraction. He works with silkscreen, flattened out scrap metal, as well as panelled wood, and considers his working process like that of drawing: drawing with a jigsaw in panels of wood and finishing it with the simplest paint. His works ooze a certain energy similar to that of microscopic cell formation, infusing the sharp and at times static rationalism of abstraction with vivid rhythm and swirling movement. Experiencing one of his works, means to be shifted and confused between expectations constructed by the history of minimal art. The artisan way of producing stands as opposed to the traditional industrially produced works so known in Minimalism; rigid patterns are broken up by organically looking metal surfaces; the work balances between impressions of standardisation and unicity.