Sarah Smolders (b. 1988, Antwerp) is Fondation CAB’s artist-in-residence from September till November 2019.

Sarah Smolders reflects on site specific places. After a work is finished she systematically documents the place, keeping a residual image that can be remobilized in her practice. An intriguing aspect of this working process is her continuous re-presentation, reframing, and re-staging of these rest images in the present. In her in-situ interventions a sort of trompe l’oeuil becomes visible, evoking the crystallization of that space, balancing between appearing and disappearing. The conceptual exercise of the re-presentation of places began in 2011, when she started the never ending series Studio Floor, in which she yearly copies the floor of her studio on a scale of one to one, as archaeological research into the traces and stains of her work, the yearly activity in her studio.

Smolders is interested in the use of paint as materiality. By focusing on the chemical procedures of mixing oil paint, acrylic paint, varnish, spray paint etc. the works lose the character of being an illustration and gain the capability to represent themselves. They are not copying reality they are their own reality, one that is continual in motion, captured and reframed, placed, replaced and re-staged. 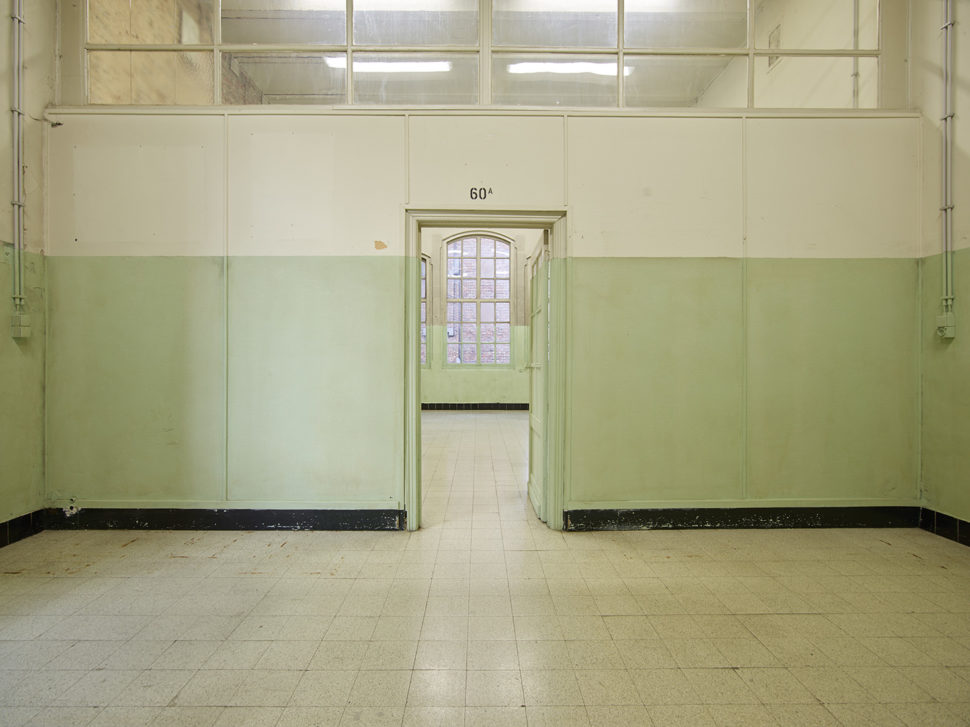 Sarah Smolders, The landscape painter, exhibition view : Show me tomorrow, we will go there. Ghent, 2018