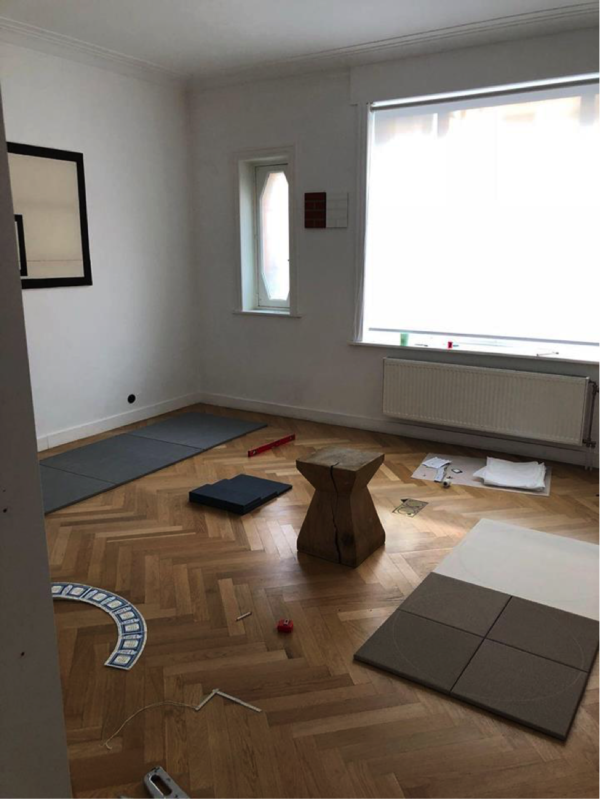 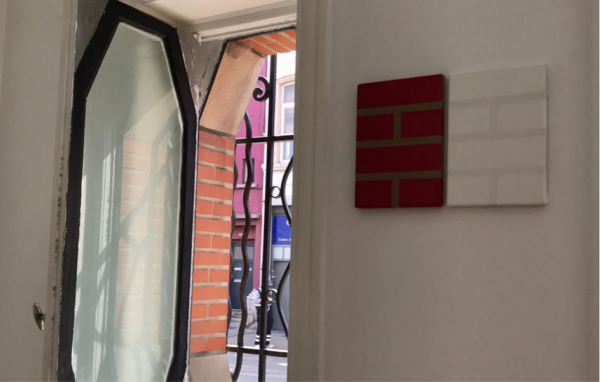 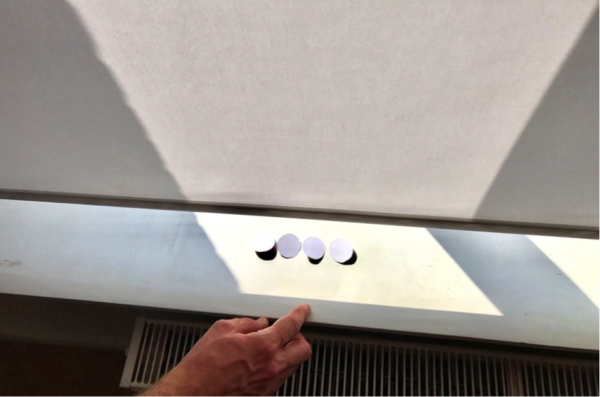 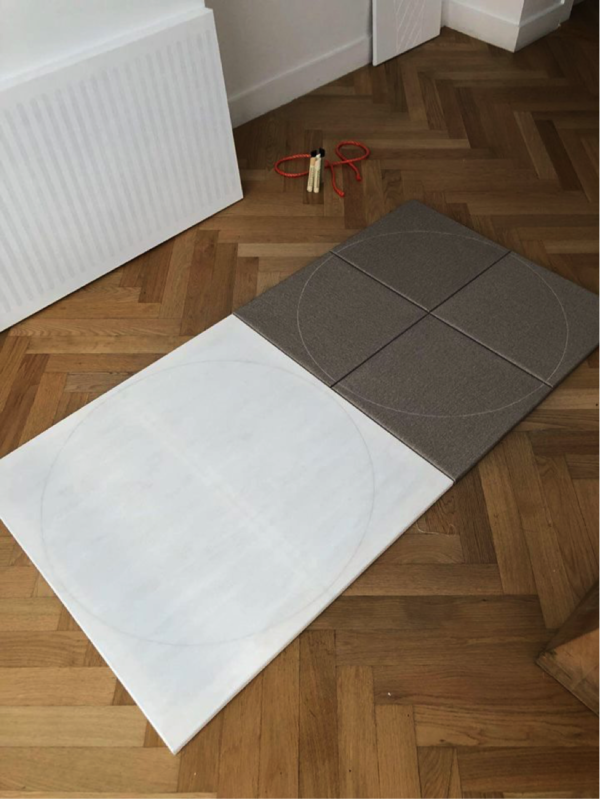 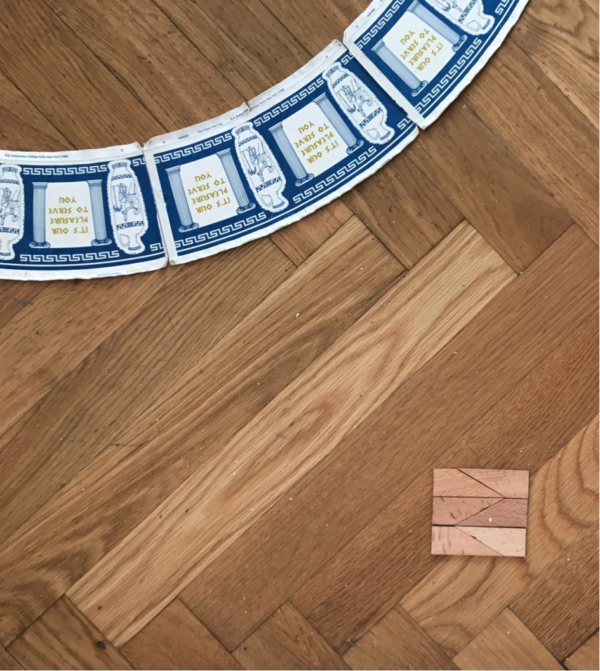 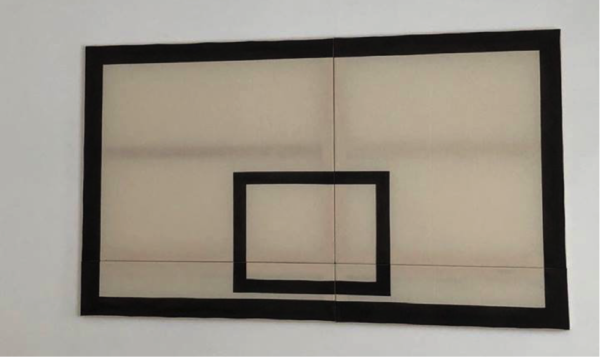 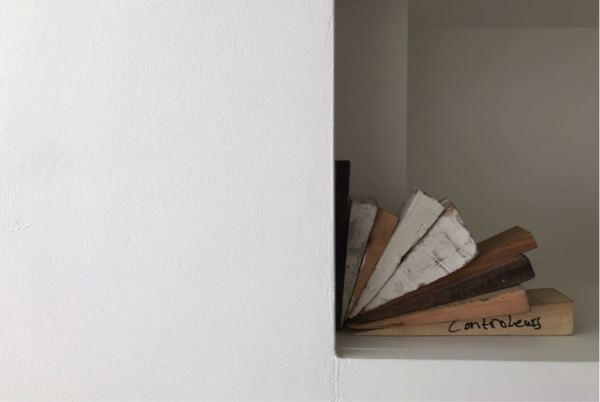 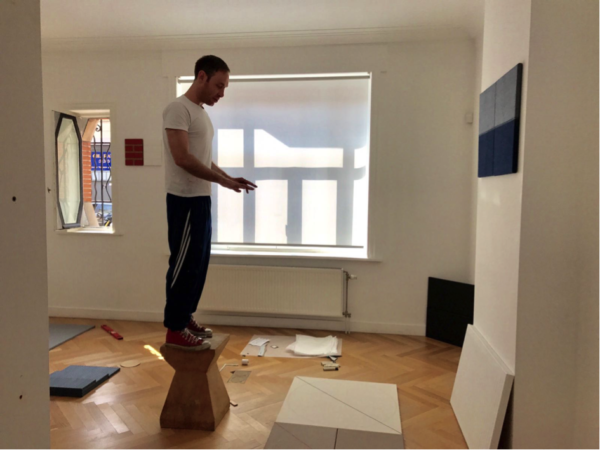 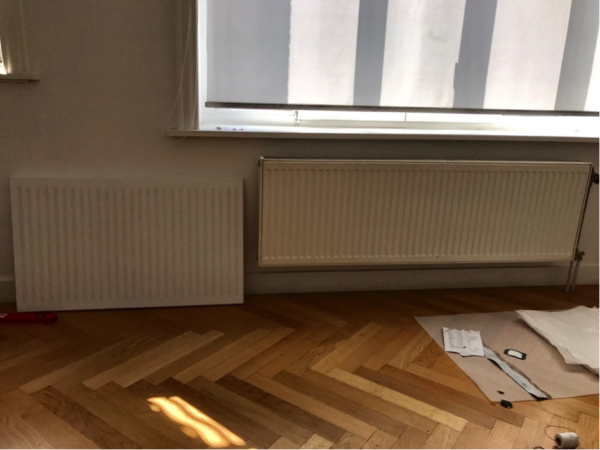 For its first residency, Fondation CAB welcomes Tom Lowe (b. 1982, Newcastle, UK), a painter hailing from the UK who has been residing in Brussels since two years.

His practice can be read as a relentless search for uniformity and control, appropriating his surroundings by measuring them down, memorizing their numbers and trying to make sense of their rational substructure. When coincidences and similarities occur, these separate spaces become connected into a biographic spatial cluster of environments inhabited.

Tom works predominantly with standardised, industrially made elements, which he scans for slight errors, disruptions that consistently continue to occur despite their rigid production processes. These inconsistencies within the geometrical planes of the strict abstract works he creates, are further reinforced by constructing them modularly. The totality of one image is often irregularly cut up in smaller parts, making the spectator’s sight bounce back and forth between the seemingly rigid work and its imaginary, neurologically altered imprint.

His works find their origin as well as their destiny in the same location. Working centrally from the studio within the mathematical grid he creates for himself, he allocates each work to the place it represents, replacing bits of reality with their translated artistic form. This is his way of engaging with the outside world, which is predominantly image-based, and exponentially digital. Every form of external output – be it actualities, the news, images of all sorts, what he encounters in the street – are translated by him into artistic re-enactments of their dimensional properties.

In this replacement of the digital with the analogue, Tom assimilates representation with presentation by aiming for a succinct, efficient and simplified representation, resulting in work that are categorised as abstract. The more his body of work is growing, the more he is building on his ordered and measured world.

During his time at Fondation CAB’s studio, Tom has been occupied with a body of work exploring the notions of target, rules and the game, as well as with his experience of being a guest artist-in-residence. Several pieces hint to specific elements related to sports. He stages them, evoking a confined and defined space for performance – be it athletics, or creating art for a dedicated purpose.

Tom Lowe was born in Newcastle, UK in 1982, and received his Bachelors in drawing from UAL, Camberwell College in 2006. His solo exhibitions include, ExtraOrdinary, Ballon Rouge Collective, London (2017), Making it in America, London (2014), and They Think Its All Over, Horton Gallery, NY (2011). Lowe has exhibited works in Brussels, New York, LA, and London. He lives and works in Brussels.