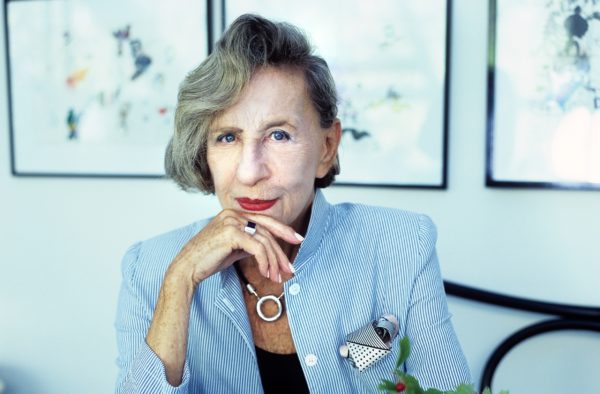 For the first time, Fondation CAB Saint-Paul de Vence will host an exhibition from the Off-site program of the Villa Noailles, devoted to the rediscovery work carried out by Andrée Putman, who died ten years ago.

Andrée Putman (b. Paris, 1925-2013), is a French interior architect and designer, also known as the Grande Dame of Design.

This new exhibition will pay tribute to the woman who brought out of the shadows a whole forgotten part of the history of the Modern Movement and its greatest architects, whose works she protected, promoted and disseminated.

Beyond an artistic and stylistic movement, Andrée Putman rediscovered the principles of the history of our era and of our modernity, a period during which architects and creators, half a century ahead of their time, were able to capture and materialise social transformations.

This year’s Centenary of the Villa Noailles will be an opportunity to discover previously unpublished works and archives and to pay tribute, in a scenography designed by her daughter Olivia, to Andrée Putman and the creators of the Modern Movement, who, a century ago, were already laying the foundations of our way of life…