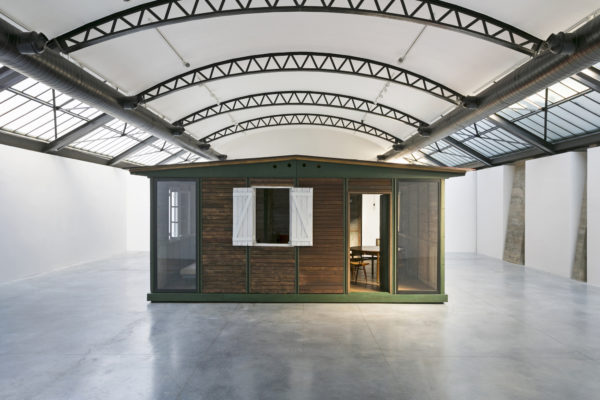 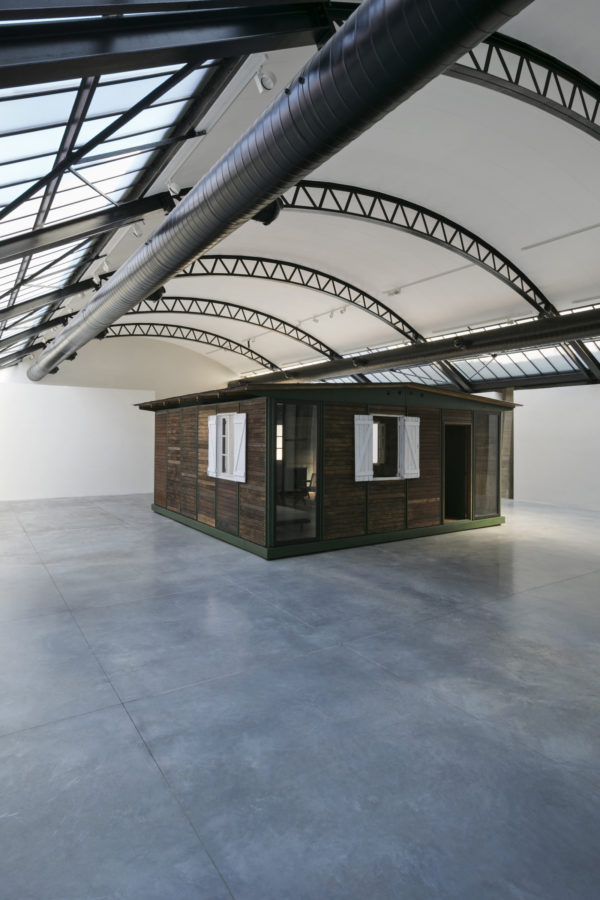 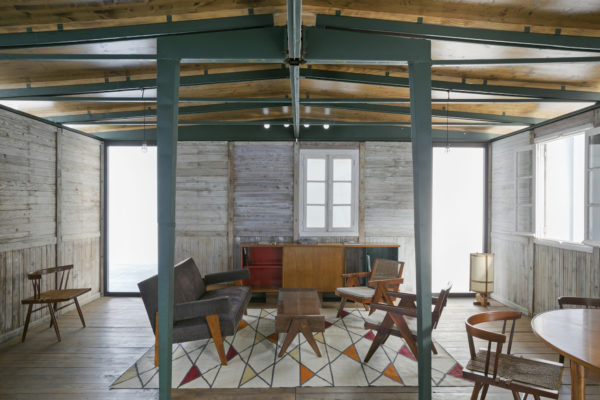 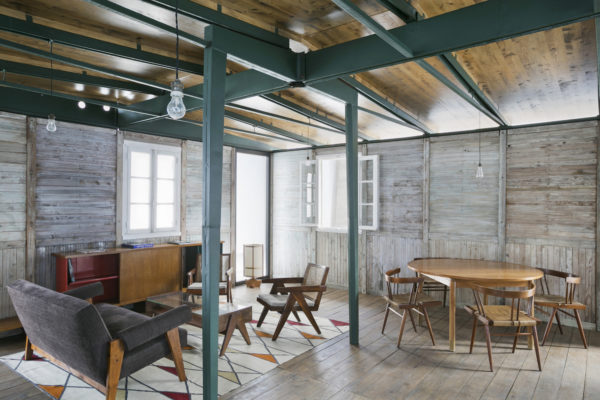 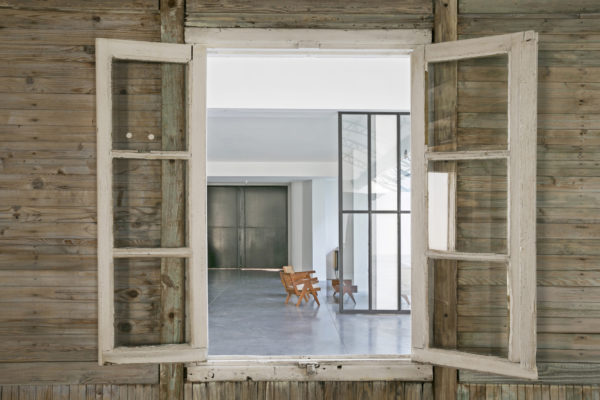 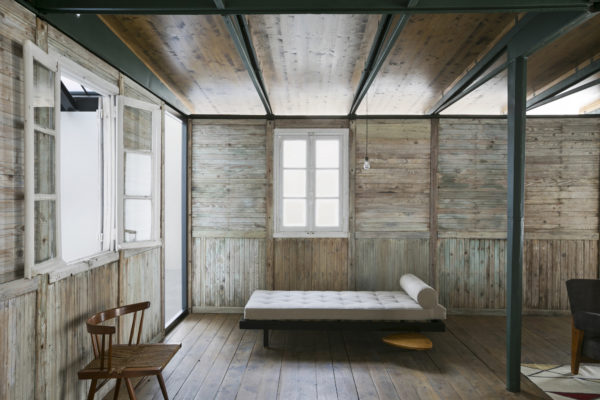 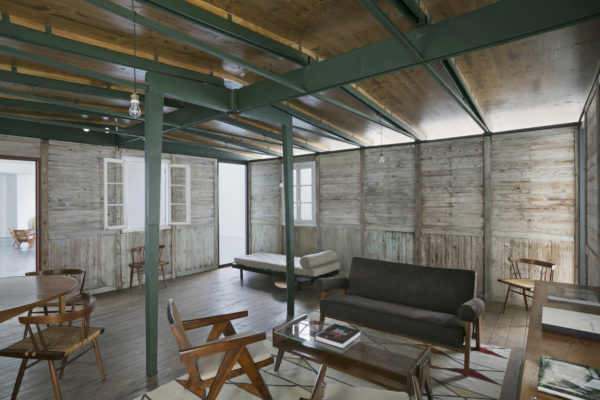 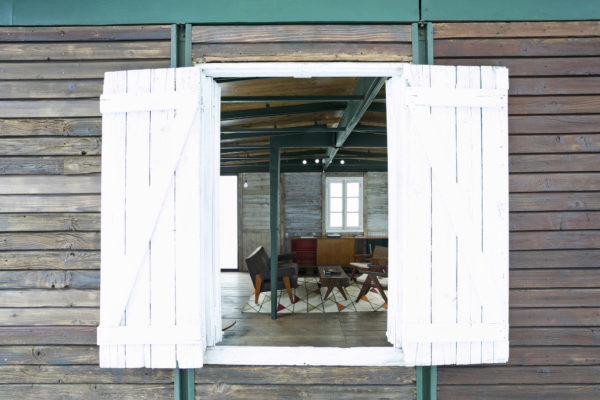 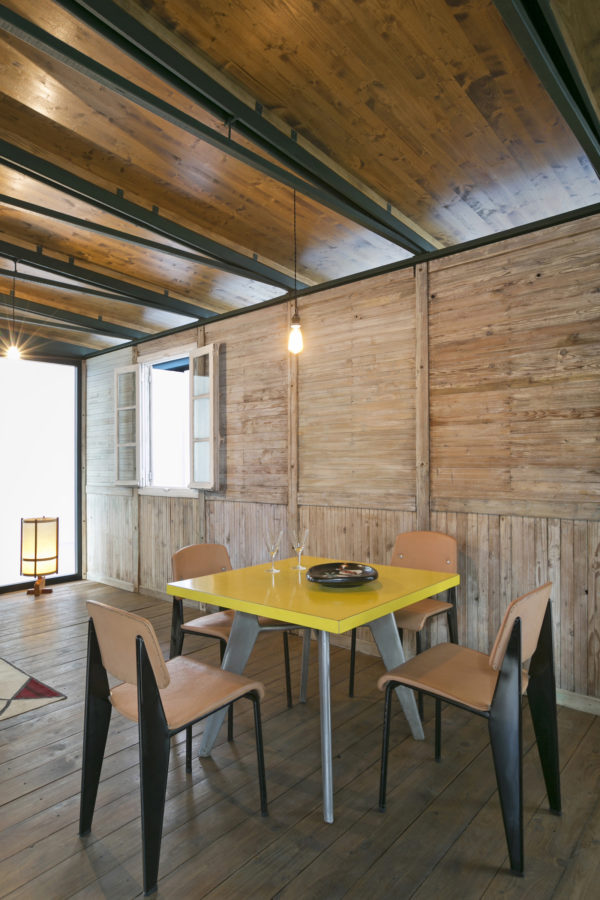 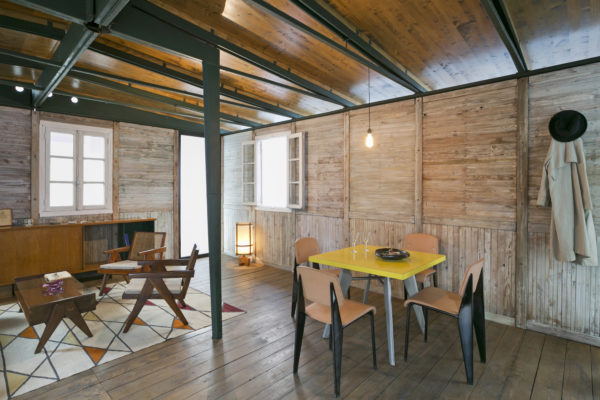 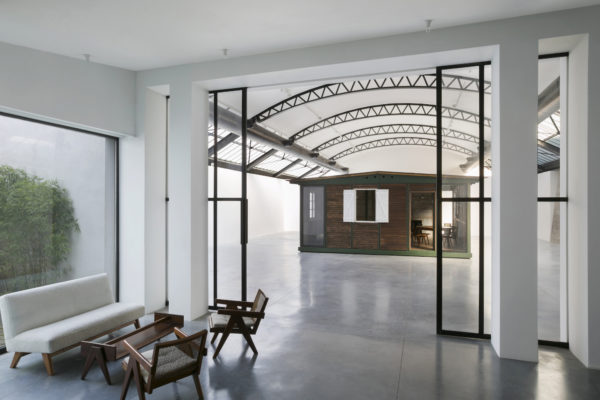 The 6x6m demountable houses produced in 1944 are based on the portal frame principle, which Prouvé started to develop around 1939. This new building method involved raising a structure on which standardized panels would be affixed. Prefabricating components allowed for fast and adaptable constructions, whatever the size of the house (6×6, 6×8, 8×8…).

At the end of World War II, many areas needed rebuilding. This was the case in the Alsace-Lorraine region, which had been bombed heavily. Housing that was fast to produce and build needed to be designed. Jean Prouvé worked on standardizing architecture, meeting the demand for reconstruction by designing prefabricated, standardized and cheap components. More than offering stylish forms, this talented architect and designer fulfilled a need in a specific historical context.

While scarcely recognized in his lifetime, Jean Prouvé did leave an undeniable legacy, through major museum exhibitions as well as by lending his name to prestigious schools and prizes. Today, he constitutes a major reference in the field of architecture and design.

As its historical value speaks for itself, the house will first be on view with only period furniture and video documentaries, from 8 till 24 September 2017. Such presentation, stripped of the superfluous, echoes the simplicity and sobriety of Jean Prouvé’s work.
The house can also be experienced through an intervention by the artist Roel Heremans who will draw the viewer into an experience in between performance, sound and imagination.

Then, from November, the CAB will invite artists to present specific projects in relation to the house, and all of Jean Prouvé’s work and architecture in general. Thanks to its elementary nature and the relevance of its forms, the 6×6 House seems to withstand the test of time and remain up to date even decennia after it was built. Only the wear and tear on the paintwork and ironwork will give her age away.

Finally, from April to June, the CAB will invite several artists to reflect on the idea of necessity in relation to our contemporaneity. This collective exhibition will give an opportunity to broach the subject through multiple and sometimes surprising definitions. Jean Prouvé’s virtuosity lied in harmoniously blending necessity, urgency and beauty, thus conferring unexpected nobility to industrial materials.